Kelby Richards wants love with Mr. Right, but she has settled for breeding fine collies. The complication: the perfect stud for the best bitch she’s ever bred is owned by the cad she fell in love with ten years ago when they were teenage dog handlers.

Clay Davidson had been every loathsome thing the shy, awkward Kelby had called him when she discovered his attempted seduction had been done on a dare. But the openness with which Kelby had offered herself to him body, heart, and soul – her utter longing for love had struck a familiar note in the boy whose mother had put breeding dogs ahead of nurturing children.

On the brink of adulthood, Clay faced up to the fact that he hurt Kelby. He vowed to become a better man by following the example of the most honest person he knew, Kelby. Unfortunately, they’d gone their separate ways before he could prove to her he was a changed man.

Now, he has only twenty-one days, the length of her bitch’s heat cycle, to prove he’s the right man for her.

Excerpt for The Mating Game 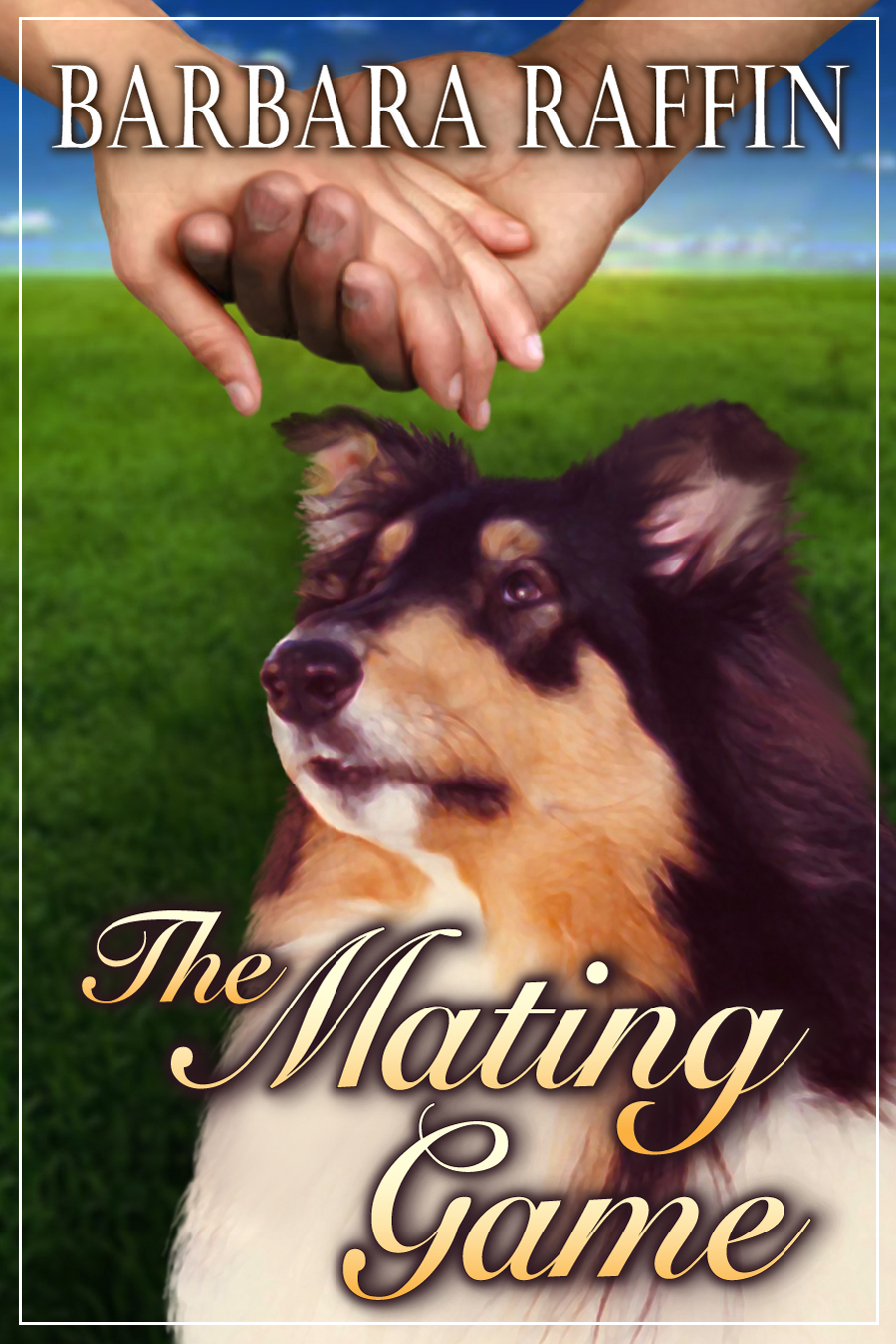 What more could a gal want than a stud contract?

5 out of 5 stars A Canine Twist to Love Story [The Mating Game]
“Raffin’s delightful [Mating Game] uses the world of dog breeding and showing to create the [setting] for this story. And who doesn’t love their dogs?

Long lanky Kelby does. But she’s sure Clay doesn’t see any use for them but filling the family dog run with pedigreed puppies and best of show/best of breed champions. The fact that Clay doesn’t live down to her expectations is a conflict she fights against with greater diligence than her female dog who’s come into season and is contracted to breed with Clay’s male dog. While the dogs create the secondary “love story,” Kelby finds her attraction to Clay deepening. Raffin deftly weaves the human love story and conflict into the canine’s instinctual one. Love and nurturing abounds within this story: between family members—(Kelby’s grandmother is a stitch), between humans and their beloved pets, between friends. A great feel-good ending with a unique secondary plot line.”
—M. J. Scheibl

4 stars “This lighthearted romance between two combatants who grow into lovers is a fun read, with the added benefit of details about dog breeding. Grandmother Addy is a delight, and the collies have personalities of their own.”
—Donna M. Brown for RT Book Reviews

“The Mating Game is a fun romance filled with the all the bumbling miscommunication and pitfalls that accompany the second chance at love. Clay is on a mission, and that it is to win Kelby’s love again. The secondary characters enhance the story, and eccentric Adelaide, Kelby’s grandmother, adds humor and wisdom that make this a great read.”
—Jane Bowers for Romance Reviews Today

“[The Mating Game]is an entertaining second chance at love romance. The support cast enhances the tale whether they are four legged or two legged as each in their own way causes havoc. Fans will enjoy Clay’s efforts to persuade Kelby that men like him stay (unlike…her father).”
—Harriet Klausner for Genre Go Round Reviews