I had my first book talk/signing of the year at the Florence Public Library in Florence, Wisconsin. My audience was small but attentive. I’m just greatful anyone braved the below zero weather to come out and see me. I think my smile says it all. 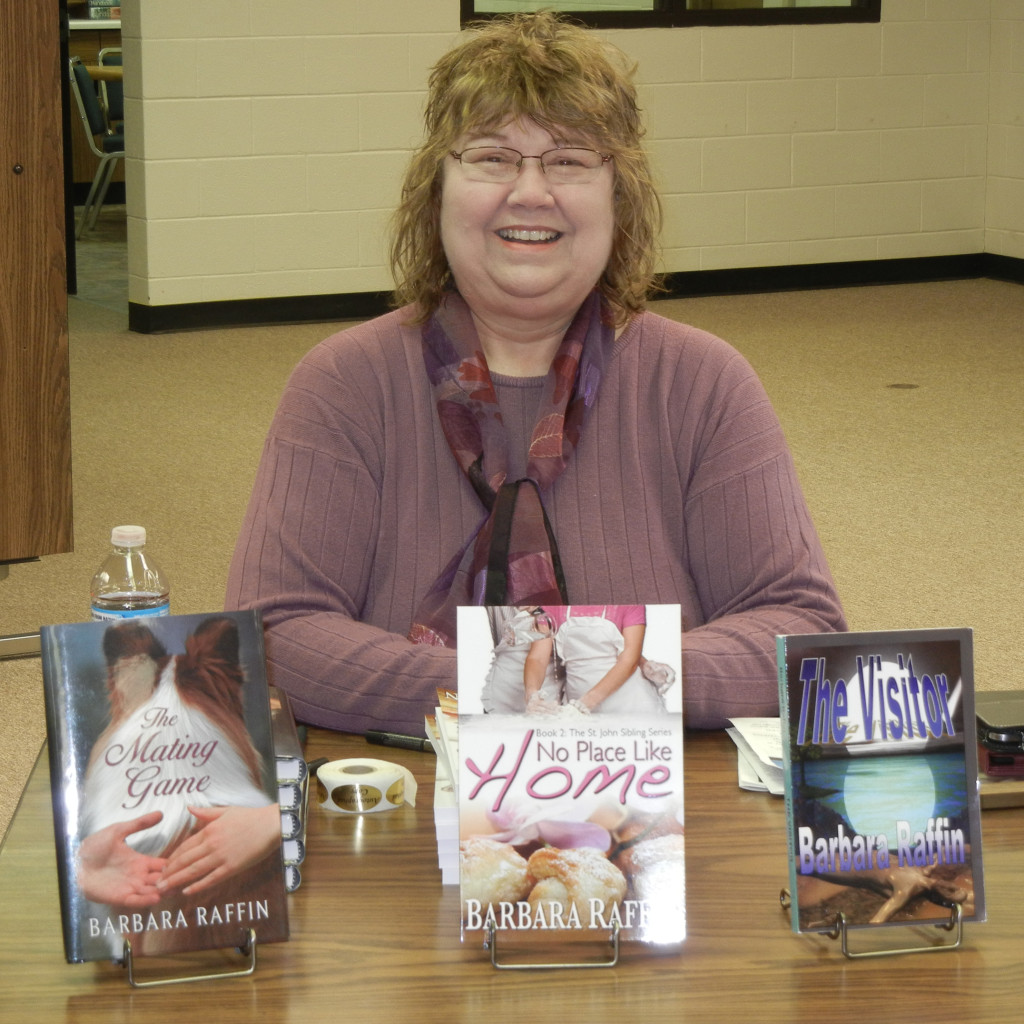 Since the question most often asked of writers by readers is “where do you get your ideas,” that’s what I focused my talk on. The simple answer is we get our ideas everywhere: newspaper articles, movies, overheard conversations, places, people we meet. The list is endless. Personally, I’m often inspired by places I’ve been.

For instance, The Farmhouse Restaurant in NO PLACE LIKE HOME existed under a slightly different name on a highway I often traveled. Like the farmhouse in NO PLACE LIKE HOME, the old farmhouse along the well-traveled highway had been converted into a restaurant. I stopped there often for their great homemade foods, especially their tuna salad. It was an amazing mixture of tuna, crushed pineapple, and chopped pecans served along with a croissant. Yum.

But, good as the food was, it was the charm of the place that really grabbed me. The slanted, squeaky floors. The lumpy, original plaster walls lovingly bordered with hand applied stencils. The miss-matched, country kitchen tables and chairs. Almost from my first visit I knew this “place” had to be in one of my stories. I just had to wait until the right characters came along to “inhabit” this home.

Years later, during the planning stages of my first series, the ST. JOHN SIBLING SERIES, I realized my farmhouse was the perfect setting for the lone sister in this family of five siblings. Having grown up in embassies around the world, The St. John siblings have lived a pretty nomadic life-style. Though their mother made any temporary digs feel like home, the one constant in their lives is their grandparents’ Wisconsin farm.

So, when Dixie’s husband dies and she loses her Chicago restaurant, this girl take the lemons life has handed her and makes lemonade by moving herself and her son in with her now widowed grandmother, and turning the farmhouse’s first floor into a restaurant. And to think this story began because of a personal fondness for an old farmhouse.

Okay, it wasn’t all about the farmhouse. But, when I found the “right” character, the farmhouse setting was waiting for her.